What is a Cassetta Frame and Why Should You Consider it for Your Contemporary Artwork?

The cassetta frame, with its endless variations, has been used as a frame design for over 500 years. What makes this design unique? How did it originate? And did you know that this Renaissance frame design wonderfully complements modern artworks.

Cassetta frames, which are also called plate frames and box frames (the word cassetta means “small box”), were developed in Italy during the late 15th century and used especially for domestic and secular paintings. The cassetta frame design was simply an inner and outer molding separated by a central flat recessed band called frieze.

Beginning in the early 16th century in the Veneto region, cassetta frames were constructed separately from the paintings they enclosed. This type of frame was probably the first example of a mass-produced frame style. The prototype of most 16th and 17th century Italian frames, the cassetta frame echoed older forms, such as the architectural borders of classical doors and windows, the painted margins of frescoes, and the decorative frames of illuminated manuscripts.

Inspired by contemporary altarpieces, the decoration on the moldings and frieze of cassetta frames was often characterized by a Renaissance love of ornament in endless variations. For example, the inner and outer moldings varied in width and height and were either carved or uncarved, painted or gilded. Friezes were either flat or curved, carved or embossed with pastiglia, painted or unpainted, or gilded and
decorated with punching, glazing, and sgraffito. In Italy throughout the 16th and 17th centuries, both the cassetta frame profile and decorative motifs—which included arabesques, scrollwork, and stylized flowers and foliage—displayed distinctive regional characteristics.

Wondering if a cassetta frame might just be the perfect match for your artwork? Lowy’s experts based in New York are here to discuss the framing solution that’s right for you. For questions or to schedule a consultation with our framing department, please contact us. 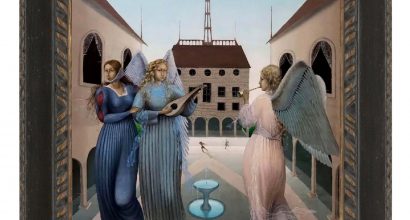 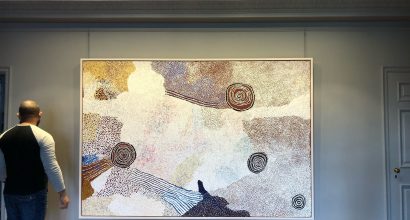